For the first three-year period, and therefore until the approval of the financial statements for the year 2022, the members of the Artistic Committee coincide with the members of the Board of Directors, who may address the institutional, administrative and artistic activity of the Association during the first years of operation.

The Artistic Committee is made up of the members of the Quartetto Chagall; the office of President is held by M° Jacopo Toso.

To contact the Artistic Committee, write an e-mail to:
direzione.artistica@triesteclassica.it

Appreciated by critics and audience for the great passion and the perfect mix between the various instruments present in its performance, it is made up of young musicians from Italy and Turkey, which met, during their studies, in the city of Trieste (Italy).
Deriving from many different chamber music experiences, the “Quartetto Chagall” members founded this group in 2014, with the purpose of going deep to the heart of both the traditional string quartet repertoire and compositions rarely played,  and world premieres, under the eyes of musicians like Andrea Amendola (Paul Klee 4et) and Pietro Serafin. 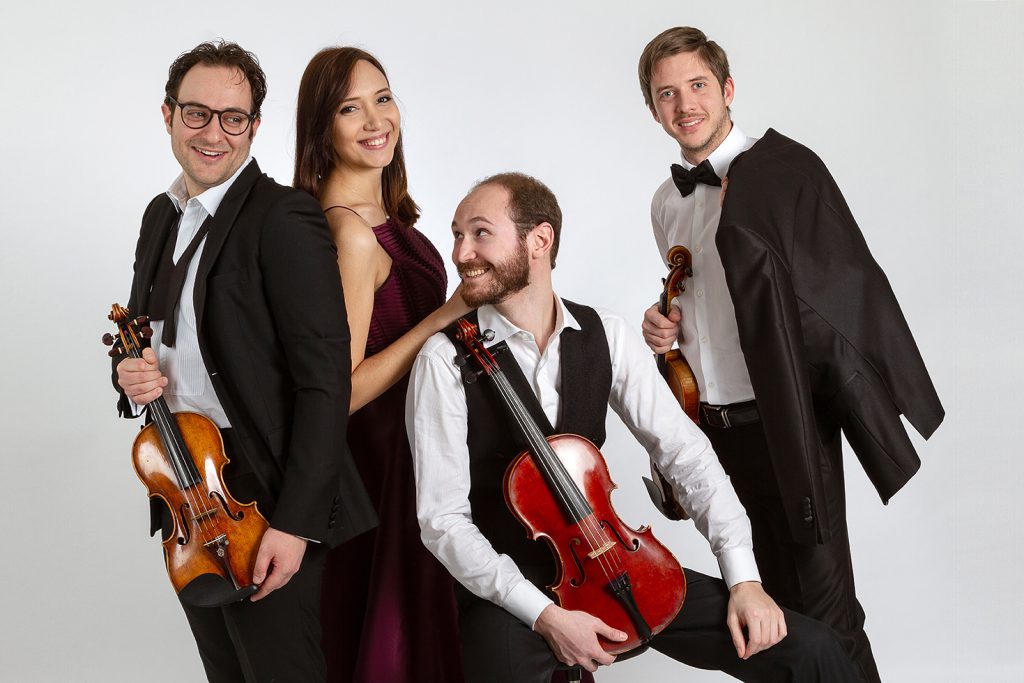 Unanimously praised for the rare attention to dynamics and details of the scores, the Quartetto Chagall got many prizes, including in particular the Golden Award and two special prizes at the “9th Svirél International Music Competition” (Slovenia), the First Prize at the 30th “Lilian Caraian Competition” (Italy) and the finalist certificate (3rd place) at the “Cameristi dell’Alpe Aria” International Competition (Italy, 2016). It has performed for important festivals, concert seasons and cultural institutions in Italy and abroad, such as Parma Concert Society, Trieste Concert Society, “Amici della Musica W. de Angelis” of Campobasso, ACM Chamber Music of Trieste, Association “Rodolfo Lipizer” of Gorizia and many others, collaborating with great artists such as Giampaolo Bandini, Cesare Chiacchiaretta and Igor Zobin. The formation gained great approval also for some premieres, by composers such as N. Jappelli and C. Chiacchiaretta.
In October 2019 the Quartetto Chagall had a eight-concerts-tour in China, performing in the nation’s best concert halls, including Beijing’s National Library Arts Center, Ji’nan’s Shandong Grand Theater, Harbin Concert Hall, Guotai Arts Center in Chongqing, Shanghai City Theater.
In 2020, for the 250. anniversary of Ludwig van Beethoven’s birth, their first CD, titled “Omaggio a Beethoven” (Tribute to Beethoven) has been released.
Marc Chagall and his famous painting “The blue violinist” (1913) inspired mutivision projects (music&images) and the name of the group.
Discover more